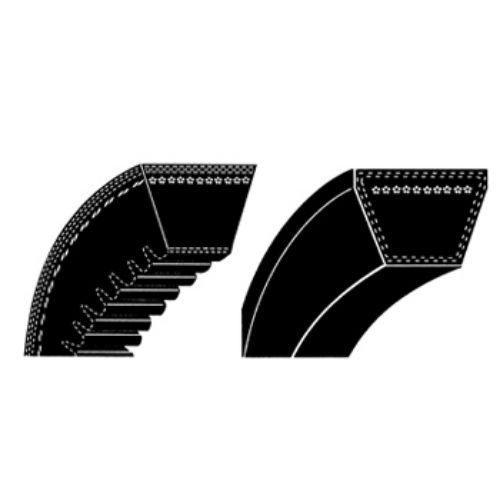 The v-belts are made of rubber with fabric cords to transmit power and its covered with a protective layer. The cords transmit the force from the driver to the driven pulley, thereby transmit the power. The number of cords are increased based on the force requirements. The rubber layer transmits the force in cord to the side layers.

V-belts are widely used in industry and automobiles because of its power transmitting capacity. the wedge shape of the belt increases the area of contact with the pulley there by increasing more friction which makes it ti carry more power without slip.

There are different sizes of v belt cross sections named as A,B,C,D,E based on the width of belts. These are standard sizes manufactured by the belt manufacturers.

V-belts are preferred over flat belts

V-belts are preferred over flat belts the reasons follows,